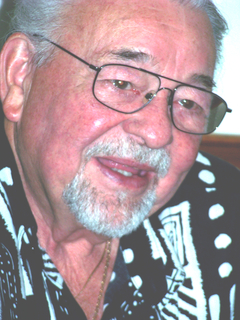 He was preceded in death by his parents.

Gordon had formerly served in the United States Army Reserve.

Gordon worked for the former First National Bank in Pekin for more than 10 years and also managed the Frontier Auditorium, located on Brenkman Drive in Pekin, until its closing. He also worked for the Pekin Area Board of Realtors as its executive vice president for several years and then for the Greater Springfield Board of Realtors for eight years.

Anyone who knew Gordon though, knew that magic was his life. He had performed comedy, close up, stand up and stage magic throughout the United States and in Las Vegas at the MGM Grand Hotel. He was a member and past president of the Peoria Magicians Assembly and was currently serving as its vice-president.

Gordon was a member of Empire Lodge 126, Ancient Free & Accepted Masons of Illinois in Pekin.

Gordon enjoyed spending time in the outdoors, fishing and hunting. He also enjoyed traveling and gardening.

He was a member of St. Paul's Episcopal Church in Pekin.

His funeral service will be at 11 a.m. Wednesday, Aug. 7, 2013, at Preston-Hanley Funeral Homes & Crematory in Pekin. Father Brian T. Kellington will officiate. Visitation will be from 5 to 7 p.m. Tuesday at the funeral home, with a Masonic service held at 4:30 p.m. The broken wand ceremony will immediately follow the funeral service on Wednesday. Burial will be in Glendale Memorial Gardens in Pekin.

In lieu of flowers, memorial contributions may be made to OSF Hospice, 2265 W. Altorfer Drive, Peoria, IL 61615.

When I first started learning magic, one of the school counslers told me about an amazing magician by the name of Gordon Snow. She told me that shes seen him perform several times at several functions and that she always looks forward to seeing it again. Later on I looked him up in the phone book and copied his number down, determined to contact him. But I was to afraid to, In my 16yr old eyes Gordon was a celebrity. I felt if I did contact him, what would I say, Would he just ignore me and hang up as if he didnt have the time to deal with a geeky magic enthusist. So I kept the numbrer in my wallet for a wile, telling myself that I will call.

Me and my firend were riding our bikes around and decided to ride past Derby Days, Since we where in the area.  We rode by not planing on stopping and I was telling him one day I'll have a show and perform there. as I we where decideing to head back home Something caught my eye. stright down the parking lot for the school, there was a stage set up and on the stage was a magician. I stopped almost instantly and convinced my friend to stop becuase there was a magician performing. We go in and take a seat near the front an watched the show. Sadley we got there to see the last couple Mins. of the show. After the show me and my firend hesitated then finaly built up the courage to go talk to him. Again in my 16yr old eyes this guy was a pro and I felt hed just be anoyed with being bothered by some weird geeky magic enthusist. I really needed to work on my confidence back then. So we walked up to him and I triduced my self. Still nervouse that he may turn me away. But I was wrong. He turned to me with a smile and introduced himself. When I heard his name I was amazed. I was amazed to run into this person I've heard about. It was like meeting an idol for the first time. Gordon was extremly nice and funny as hell. He showed me a couple tricks. His ring and rope routine, and His hopping halves routine that just blew me away. I was amazed that he wanted to take me under his wing and teach me, and answer any questions I had. That he would help me with what ever I as working on, and he would take me with him to the PMA Meetings. Im proud to of had him as a teacher and most importantly a friend. He was an amazing magic, who not only dazzled audiences around the world with his Magic, but also with his sence of humor, his wit, and impecable charm. He is the kinda person that comes to Mind when you say Magician.

He may be gone from this Earth, but he will never disapear from our Hearts.

He will be for ever in our hearts, in our minds, and in our prayers.

President Jerry Tupper opened our April meeting, by introducing guests and giving a briefing on the public shows. VP, Rodney Nordstrom briefed us on the riverfront shows this summer.

Grant Golden began by demonstrating and then teaching “The Jumping Bands”. He then did likewise with “Copper and Silver Coins in a Hanky”. Finally, he brought three people up and tied them together with long ribbons, only to have them magically penetrate through all the helpers.

Mike Tate described a book by Paul Winchell, from which he learned his skill at ventriloquism. Mike’s “distant voice” is one of the best I’ve ever heard. Jay Zentko showed us “The Piano Trick” from “Scarne on Cards”. Alan Broomfield reminded us all of the great information found in “Royal Road to Card Magic”.

Next month is “Magic with Flowers”.

Its getting close to that time of the year again. Its Banquet time. Now if your not a stranger to the PMA banquets, you know that we have it every year at the Flame. The good news is this year were going to do things a little different. We are having the banquet at Hickory River BBQ in Peoria. With a special Performance by our own C.J. Diamond.

During our Novemeber meeting we held the elections for new officers. Now before the new officers run up and take their place over looking the club, they have to installed into the position. The installation of the new officers will be held during our annual banquet, on January 20th.

Here Is the Line up for Installation into office.

So lets give them a round of applause, and we thank you for taking the stand. Some of you are repeats in office, and some are new. Lets make 2013 a great year for the PMA.

President Jerry Tupper kicked off the June meeting with some quick updates on the Farmer’s Market Shows, Schnuck’s Family Day, and the revision of the club’s by-laws.

CJ Diamond briefed us on the Heart of Illinois fair schedule of performances.

Michael Baker provided the mini lecture on the topic of pocket magic. He discussed a variety of ways that pockets may be used in the course of magic performance, and gave examples with an eight ball trick and a card to match box. CJ added to the discussion with a few extra ideas.

Michael Seyfert asked us for suggestions regarding his rope routine. Several members pitched in with their thoughts.

Jerry Tupper was the featured performer and demonstrated a nice prediction effect with small colored bears. He then performed Paul Hallas’ ESPecially Wild, and then showed us all how to make Bob Knigge’s Mini Pearl

Gambit gave demonstrations of some of the magic he uses in the bar, including ice to coin, ice to dollar bill, and a card routine with a nice card to pocket sequence.

As always, there was some after-meeting discussion and sharing of ideas.

Things have been heating up this summer, and I don't just mean the heat. The PMA are workin hard to provide the Downtown Peoria's Farmers Market with Magical fun and entertainment. We meet down there at 9:30am to set up, and we start at 10am, running through till 12pm.  We will be down there every 2nd, and 4th Saturday of the month all the way through September. So if you would like to join us, and try out some new material, this is the best time to do so =).

F.Y.I. ANY UPDATES U WANNA SEE ON HERE OF IDEAS PLEASE EMAIL GAMBIT OR TROY AT..... KBMAGIC201@YAHOO.COM OR PTOWNMAGICIAN@YAHOO.COM AND WE WILL WORK OUR BUTTS OFF TO GET IT UP ON THE WEBSITE IN A TIMELY FASHION .... EX.... NOT A WEEK LESS THAN 24HOURS

ALL BOARD MEMBERS MUST B PRESENT JANUARY 9TH AT BOB EVANS IN EAST PEORIA IL AT 6:30 P.M FOR BOARD MEETING. JERRY HAS CALLED THIS MEETING TO GET THE BALL ROLLING ON THE BY-LAWS, AUCTION, LECTURES AS WELL AT THE CENTRAL ILLINOIS MAGIC CONVENTION THAT WILL B HELD LATER THIS YEAR!!!!!!!!! THIS WILL B THE FIRST OF MANY BOARD MEETINGS THIS YEAR FOR THE P.M.A THNAKS IN ADVANCE FOR ALL YOUR HELP!!!!!

We just finished up our 3rd anual magic competition. We had a great turn out and alot of great acts, and we had alot of people join us online to whatch but due to technical dificulty we werent able to keep broadcasting. 3rd. place was taken by our own CJ diamiond, who dazzled the audience with his levitation of a barrowed $10 note. 2nd place was taken by our own Magic by Yort (Troy Keefer) were he had the audience gripping their side with his compelling 3 Sponge ball routine. And finally the first place was taking by an out of towner. Couri. He had a fun filled energetic sct that just took the audience by storm.

The honorable mentions of the evening were as follows.

Jay Zentko, With his amazing news paper tear illusion and his gags.

Brad Borland, with his amazing cut and restored silk trick.

Also To the spectator who volenteered the most and also an up and coming young Magican. Christian

It was a great time, we all had alot of fun, we cant wait till nxt year.